Home Cider Making was created after I returned home from a two year trip around the world. I became interested in learning how to make hard cider after I spent a year in Australia, followed by a month around Europe where ciders were very popular.

After returning home to the USA, I was disappointed with the commercially available options and the lack of craft ciders available locally. Many of them were packed with sugar to the point where it could be considered a soda. It was pretty disappointing…

Luckily, it was apple season and the apple orchard up the road had some fresh pressed sweet cider. WIth my novice brewing skills, I crafted a batch of hard cider from a simple recipe that turned out surprisingly well.

Ever since then, I have continued crafting, experimenting with new recipes and rotating batches so I never run out again!

Have any questions or feedback? I would love to hear from you! 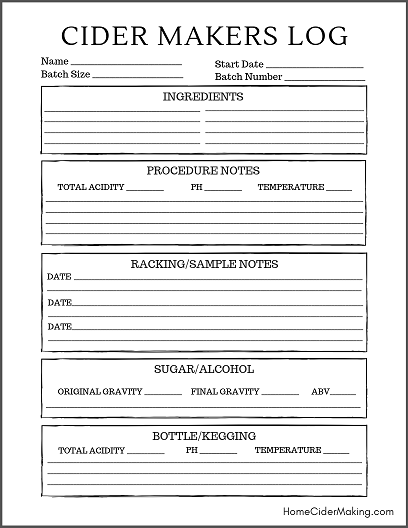 Keep track of your cider recipes and results by documenting them on a Cider Log!

Subscribe today to receive a FREE Cider Log PDF and be the first to know about new recipes and fresh experiments from Home Cider Making!